Eunice CHEUNG Wai Man is a Hong Kong artist. Born in 1986, she graduated from The Chinese University of Hong Kong with a Master of Fine Art. She specializes in Chinese gongbi (fine-brush) painting of animals, and her research is about the changing relationships between human and animal throughout the Chinese Art history. She is a frequent participant of different individual and joint exhibitions in Hong Kong and oversea. Her works were exhibited in Art Basel Hong Kong for 4 years. In 2015, Her work is exhibited in National Palace Museum in Taiwan and Basilica of Santa Croce in Florence. One of her work was selected for the exhibition “Hong Kong Contemporary Art Biennial Awards 2009” and many became a part of a private collection.

Rooted in Chinese art history since Warring States Period, Gongbi is a long-established genre which refers to the fine portraying of strange creatures and rare flowers. Due to the flaunting of wealth by the noble in ancient palace, the traditional Gongbi possesses a prime focus on the realistic representation of mythical and legendary organisms and plantations. It is therefore characterized by the oriental realism and indispensable details which requires high-level of concentration and skills of sketching, line-drawing and colouring. This skilled art is often paid as a tribute to the emperor. In lieu of depicting precious and auspicious creatures that are only found in the palace, Eunice CHEUNG Wai Man extended the fine traditions to animals and wildlife.

In aid with her meticulously drawn details and generous palette, Eunice CHEUNG Wai Man dedicated her genuine observations of creatures and rare flowers into her paintings. What differentiates her art practice from ancient royal painters is the seamless blend of surrealistic connotations into her seemingly poetic paintings. The ironic human decision, the uncontrolled behaviour driven by desire and the sacrifice of the Nature are what truly Eunice CHEUNG Wai Man decides to address. Her profound and solemn concerns for the wildlife, the intricate observation towards humanity, together with the surrealistic beauty and fine techniques, compose one of shiniest gems in contemporary art. 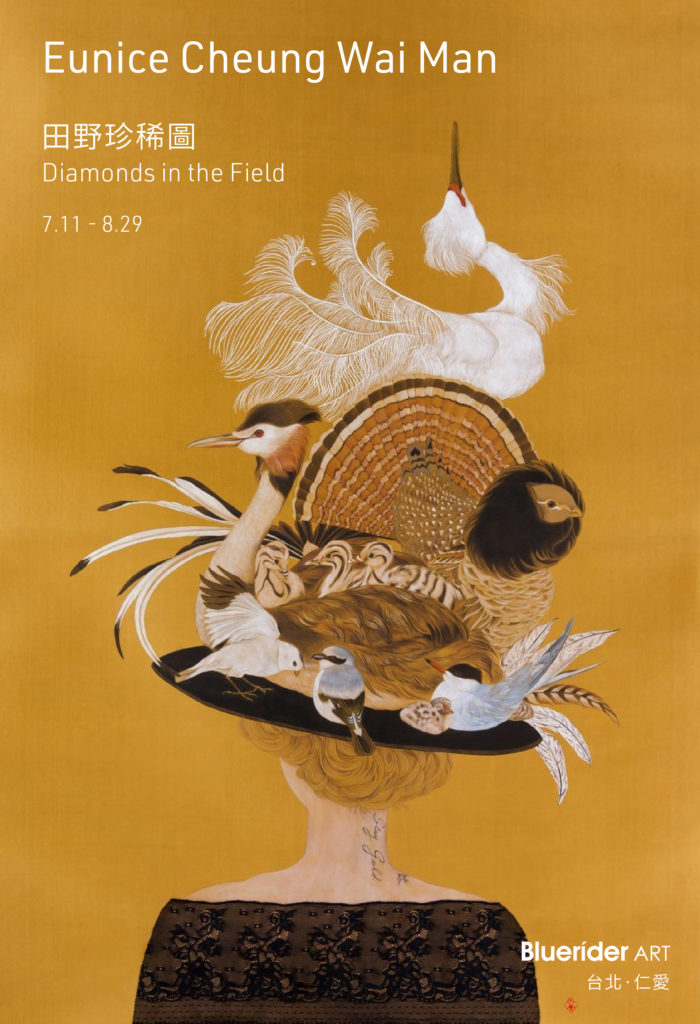